Bearmonster's Confidence Man represents a collision of new and old ideas. Eschewing the obvious rock duo reference points, Bearmonster marry the minimalism of guitar and drums with a variety of experimental loops and sonic manipulations.

Bearmonster is Ken Schopf and Shaun Wolf Wortis, who've played together for a long time. Read more about Bearmonster 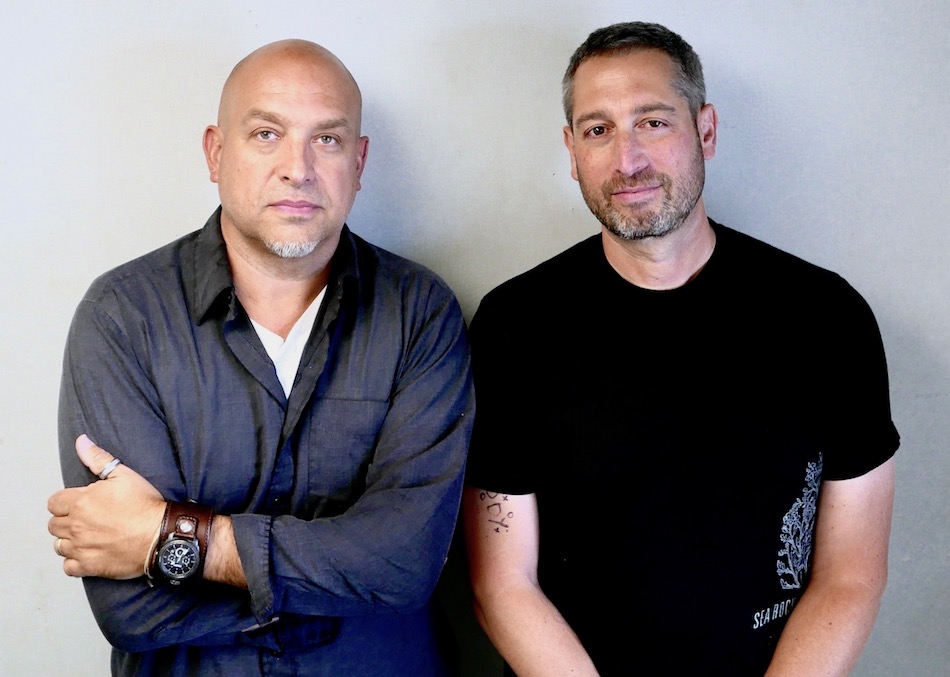 As much as popular culture would like you believe otherwise, creativity is not solely the domain of the young, and making music—particularly rock music—is not a pursuit exclusive to 20 year-olds with good haircuts. In the case of Shaun Wolf Wortis and Ken Schopf—the duo behind Bearmonster—the creative path has been long, winding, and inextricably linked-a circuitous creative path that, some two decades after first meeting, eventually lead to the creation of their new EP, Confidence Man.

After playing together in Boston-based band Slide in the 90s with a certain level of success, Wortis and Schopf eventually stopped playing together in order to tend to other more pressing issues-namely, the pull of day jobs and the realities of starting their own families. Though they continued to get together occasionally over the next few years in order to jam and record their ideas, the notion of being a full-time band continued to recede further into the rearview. Despite the fact that both musicians would spend subsequent years playing, producing, and working on philanthropic projects related to music, it was only after Schopf moved back to Boston after many years living in Baltimore that the two decided it was time to do something with the material they had been quietly amassing over the years. “There just came a point when it was like, OK, Let’s get out and record something,” recalls Wortis, “Let’s do some shows and call it something. Let’s just do something.”

The five tracks on Confidence Man represent the collision of both new and old ideas. Using a few of their old band’s songs as a jumping off point, the duo began to reimagine how they could make music together. Eschewing the obvious rock duo reference points—White Stripes, Black Keys, Flat Duo Jets— tracks like “Shifting Lights” and “Do You Love Me?” take things in a more experimental direction, marrying the minimalism of guitar and drums with a variety of experimental loops and sonic manipulations. While the idea of mashups and genre-blending might be somewhat expected for younger musicians, Wortis and Schopf arrived at said approach as a result of so many years spent playing music in a variety of permutations and in different kinds of bands. “Part of the pleasure we get playing with each other is a shared love of genre-bending,” says Wortis, “It's a weird combination of trying to do something with current technology and play with unexpected, bigger sounds than we could possibly do naturally. The idea was to do a minimalist take on it, but to do it within our own context of pop music and modern blues/rock and roll. It is about the notion of being minimalist and trying to be as small as we can, but also push the limits of what two people can do with this kind of setup. For us, that means that I play guitar and Ken plays drums—these old drums from the 1950s—and then there's little triggers that will set off sound and samples and loops. When I'm playing guitar I split the signal, and add a lower octave. It sort of sounds like three people instead of just two”

“We were very influenced by bands like The Meters, funk band from the ‘70s that used doubled guitar and bass doubled to very cool effect, but we had other things on our mind too. For example, there are these weird gospel records from the 1950s that are just drums and guitar with people singing on top of them. They have a really raw quality. Because they were made at a time before there was a real national radio, the people were kind of coming out of the hills and recording the stuff that they always sang without really being self-conscious, or being technically aware of how it should be done.” 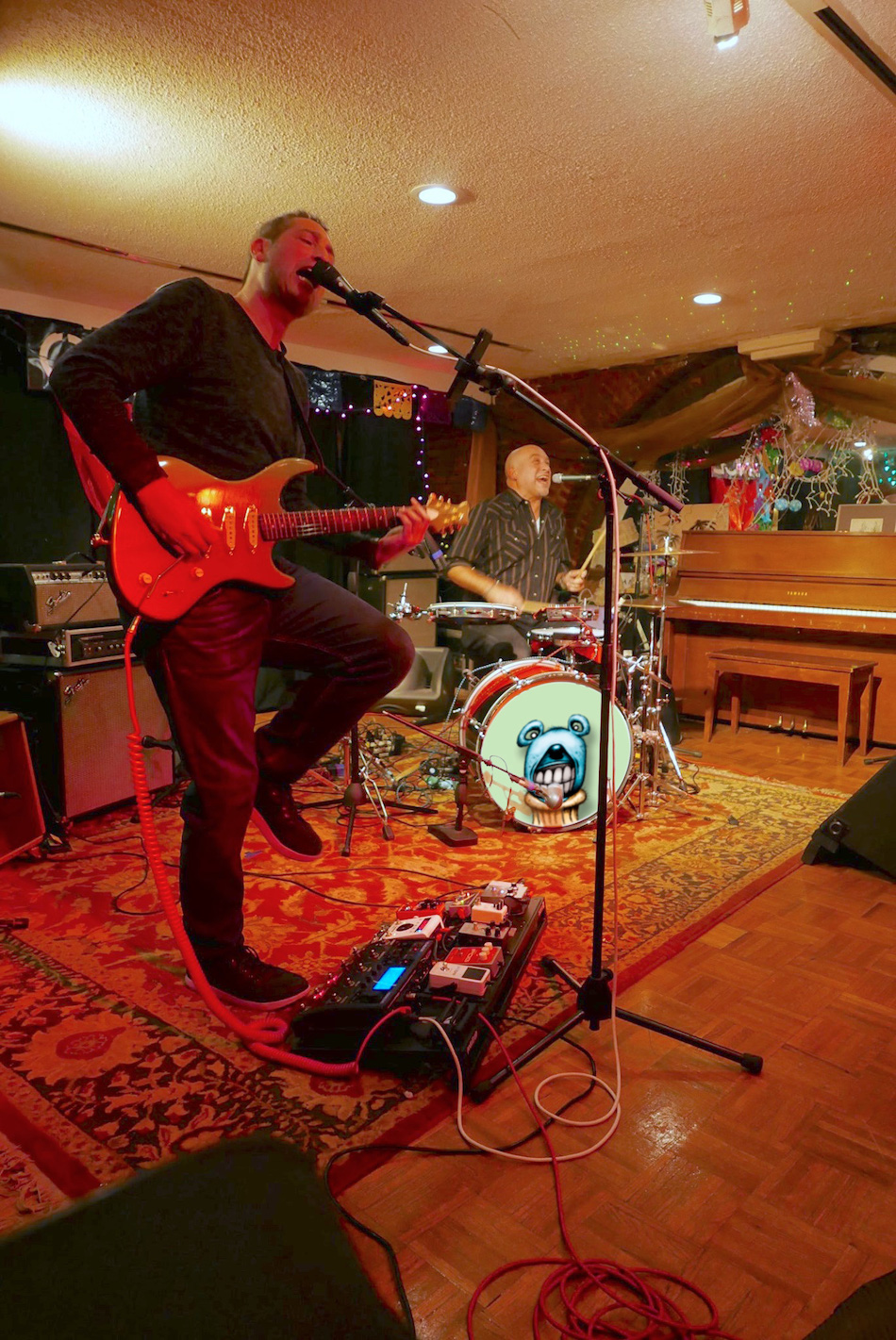 While the songs on Confidence Man might fall under the ambiguous umbrella of “alternative R&B” or some hybrid of rock, blues and punk, all five tracks are commonly informed by a spirit of righteous anger, made by two “older dudes who have no patience for bullshit.” Tracks like “Rise Up” and “Goddamn” are built on the tension and anger so palpable right now in popular culture, while “Do You Love Me?” pulls inspiration from what is arguably the unlikeliest of sources—poet Emily Dickinson.

“Most of these songs in various ways are political,” says Wortis, “We wanted to make a statement of anger, basically, that somehow addressed all the shit that's going on. We wanted to be pretty forthright about that. At the same time, I got really interested in Emily Dickinson's poems, mostly because she's so obsessed with death. I was sort of looking at our current political landscape and cultural landscape and thinking, ‘Shit. This is like death. It really is like hell.’ Dickinson appealed to me because she has all of these beautiful ways of talking about the darkest things.”

For both Wortis and Schopf, the opportunity to reconnect and play music together again has been both invigorating and restorative. While the musical landscape may have changed significantly since the ‘90s, Wortis refutes the notion that making music is somehow a young person’s game. “Fuck that,” he says. “I don’t think people really give a shit. They simply want to connect, particularly right now at a time when everything in the world feels so crazy. That’s why we are doing this now, to hopefully connect with other people who might feel the same and take comfort in how good it feels just to say something.”